Are the Impurities in Your Alcohol Making You Sick? 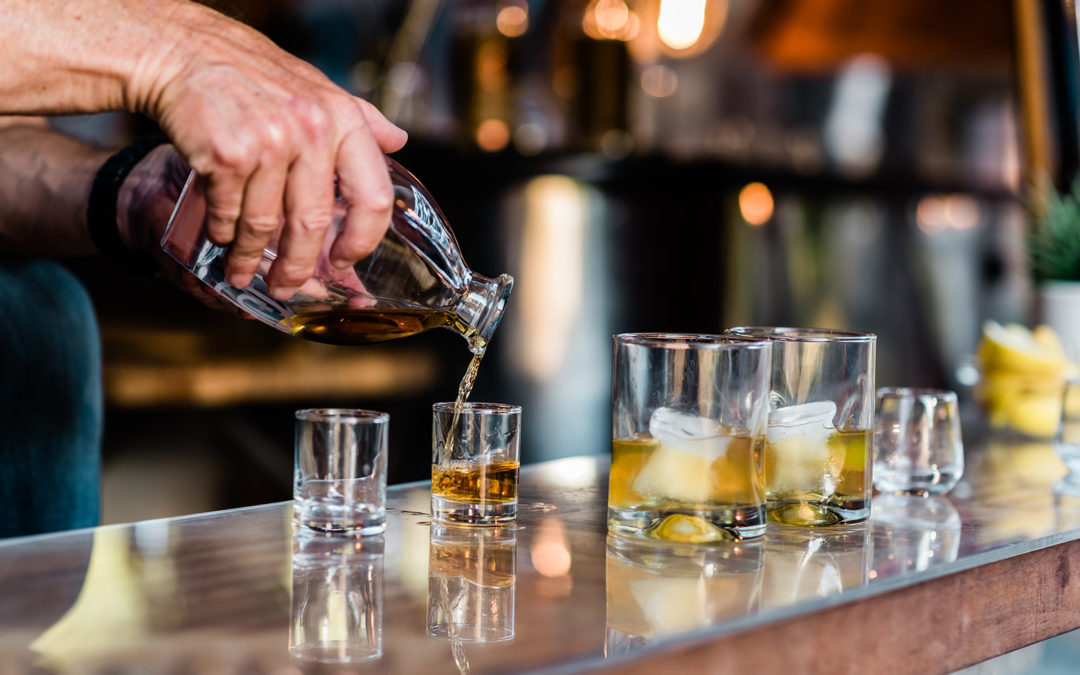 “Wait? What? Are you telling me that there are impurities in my alcohol?” Yes, that’s exactly what we’re saying.

Why don’t people talk about that?

Because the volatile compounds (also known as impurities) resulting from the distillation process have always been there, and until now, they’ve been unavoidable. It’s not like anyone thinks drinking is GOOD for them, not really. And we’ve all just accepted that the impurities are part of the deal. Yes, we know that they aren’t good for us, and it doesn’t take a genius to connect the dots between those impurities and the morning after hangover, made worse by the sugars and dehydration.

Health conscious people are thinking more about what they drink and the levels of impurities in their favorite beverages. It’s important to know what you’re putting into your body and even more important to make conscious decisions, not only about what you drink, but how you drink it. Every sip matters.

Congeners are alcohols, other than ethanol, that are present in wines and spirits. Methanol and other fusel alcohols are all congeners. Beer and wine contain a few congeners, but it’s the distilled spirits (particularly the darker ones) that have higher concentrations of these impurities. It’s these congeners that are responsible for the intense flavors in the darker spirits. And it’s probably the presence of higher concentrations of congeners that leads to the higher incidence of hangover drinking those darker spirits.

What are the Impurities in Your Alcohol?

So, what, exactly, are the impurities we’re talking about:

Sounds yummy, right? Mmmm. Chemical compounds and toxins. Do you take yours shaken, or stirred?

That sounds bad enough… but then you realize that methanol build up leads directly to the production of formaldehyde in the body.

One hypothesis is that acetaldehyde and formaldehyde, together, are responsible for severe damage after heavy and chronic drinking.

Are the Impurities in Alcohol Making You Sick?

Chemical compounds and toxins in alcohol are most definitely not good for your body if you’re drinking quantities of them often enough. All drinks are not created equal when it comes to these volatile compounds. “According to (one) study, bourbon, which is aged in oak barrels, has 37 times as many congeners as vodka, which is heavily filtered to remove impurities” Draw your own conclusions about the impact of these impurities over the long haul.

Regardless of what you’re drinking, the impurities are not a good thing and they’re sure to slow you down in the morning.

How to Remove Impurities From Your Alcohol

Every alcohol you purchase has filtration as part of the production process. After your favorite beverage is distilled, it’s filtered, sometimes over and over, to remove some of the chemicals and toxins. That’s a good thing, right?

Yes, filtration is a good thing.

But the impurities we’ve been talking about in this article, the ones that are less healthy for you, those are the ones LEFT OVER in the alcohol when it’s bottled and put on the shelf. So… additional filtering doesn’t make a measurable difference on those, as anyone who has tried a Brita Filter on their vodka already knows.

Until now, there was no reliable way to reduce the impurities in your alcohol. What you bought was what you drank.

The patented Clarification Technology behind Barmuze removes up to 50% of the impurities in your alcohol. Yep. You read that right. And no, it’s not a filter. It’s a patented process that puts the liquid under pressure and creates a molecular change while vaporizing a substantial amount of these volatile compounds.

Pour a bottle of your favorite spirits into Barmuze, press a button, wait 3-5 minutes, and presto-change-o you’ve got a lot cleaner drink. As a bonus, it tastes better and is smoother too. You’re welcome.

With Barmuze you can not only drink better alcohol, you can drink cleaner alcohol, for a healthier lifestyle.

Any cookies that may not be particularly necessary for the website to function and is used specifically to collect user personal data via analytics, ads, other embedded contents are termed as non-necessary cookies. It is mandatory to procure user consent prior to running these cookies on your website.